Kylie Jenner and Travis Scott may be on the road to getting back together, but Travis wasn’t thrilled about Kylie getting close with Drake after their breakup!

What’s up? It’s Emile Ennis Jr. here with Clevver News and according to multiple reports Kylie Jenner and Travis Scott are on the edge of getting back together, but they aren’t ready to put a label on things just yet.

Obviously we all remember when Kylie and Travis split up in October of last year, but ever since then both their fans and their family have been shipping them to get back together.

And while it looks like a reconciliation could be coming soon, Kylie isn’t rushing anything.

A source told People Magazine that quote, “Kylie doesn’t want this public back-and-forth when it comes to her relationship with Travis. When she is ready to announce that they are back together, she will. For now, they are great and happy. They spend most days together with Stormi.”

But while they may be on the road to getting back together now, when they first split up they were both seen out and about with other people.

Especially Kylie, who was spotted spending some time with both her ex Tyga and rumored hookup Drake.

Kylie and Tyga were photographed outside a recording studio where he was working on multiple occasions and Drake and Kylie were seen hanging out at his 33rd birthday party.

Kylie was forced to deny the dating rumors with Tyga via Twitter writing quote, “The internet makes everything 100 times more dramatic than what it really is. There was no “2am date with Tyga”. You see me drop two of my friends off at a studio that he happened to be at.”

But around the same time, according to People Mag, Kylie and Travis were spending some romantic time together.

After his bday bash, some reports said that Kylie and Drake were actually dating.

At the time a source told People that quote, “They’ve been friends for a long time and Drake is very close to the family.”

And another friend said that Kylie and Drake have been hanging out “romantically” since she and Travis split in October.

But nothing really seemed to come of those rumors so either there was nothing to see there, or things just fizzled.

Regardless, apparently Travis wasn’t “thrilled” his ex was spending time with other men while they were on a break.

A source told People that quote, “Travis was obviously never thrilled that Kylie hung out with other guys. He is very protective of Kylie.”

But now it seems like Travis won’t have to worry too much about other men coming into Kylie’s life, because sources close to the couple see a legit reconciliation happening!

According to Entertainment Tonight, Kylie and Travis still have feelings for each other and if they are dating privately right now, no one should be surprised.

A source told them that quote, “Kylie and Travis truly enjoy one another and are in love, but it can often be hard navigating their lives at such a young age. The couple needed to take a step back to reevaluate many things, but in doing so they are better now than ever.”

And this news comes right after we saw them spend Oscar night together at the Vanity Fair after party. According to TMZ they both attended the VF after party, but walked in separately.

Kylie posed on the carpet with her sister Kim, but Travis was seen on her Instagram stories in a limo with the rest of her family on the way to the event.

In this clip you’ll see Kourtney eating before Kylie pans over to Travis. Kylie wrote quote, “it be your own family sometimes”

And like we’ve been saying Kylie and Travis have also spent a lot time together as they co-parent their daughter.

Most recently, they celebrated Stomi’s birthday as a family with a trip to Disney World and a Stormi-world 2 party.

And both Kylie and Travis have recently gushed about each other and their strong co-parenting relationship in interviews.

And they seem to be making Stormi their priority, which is what’s most important right?

Only time will tell if these two actually officially get back together.

And do you ship these two or do you think they should both move on?

And while you’re down there make sure to subscribe to Clevver News and hit the bell so you are notified every time we post a new video. Then click right over here for more entertainment news.

Thanks for watching I’m Emile Ennis Jr. and I’ll see you next time. 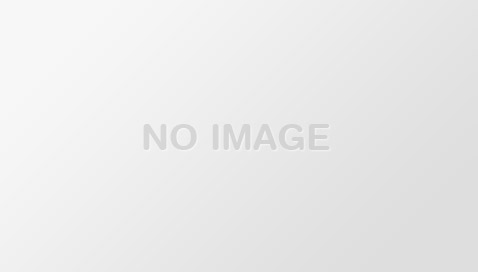 More Celebrity News ►► http://bit.ly/SubClevverNews Kylie Jenner and Travis Scott may be on the road to getting back together, but Travis wasn’t thril...